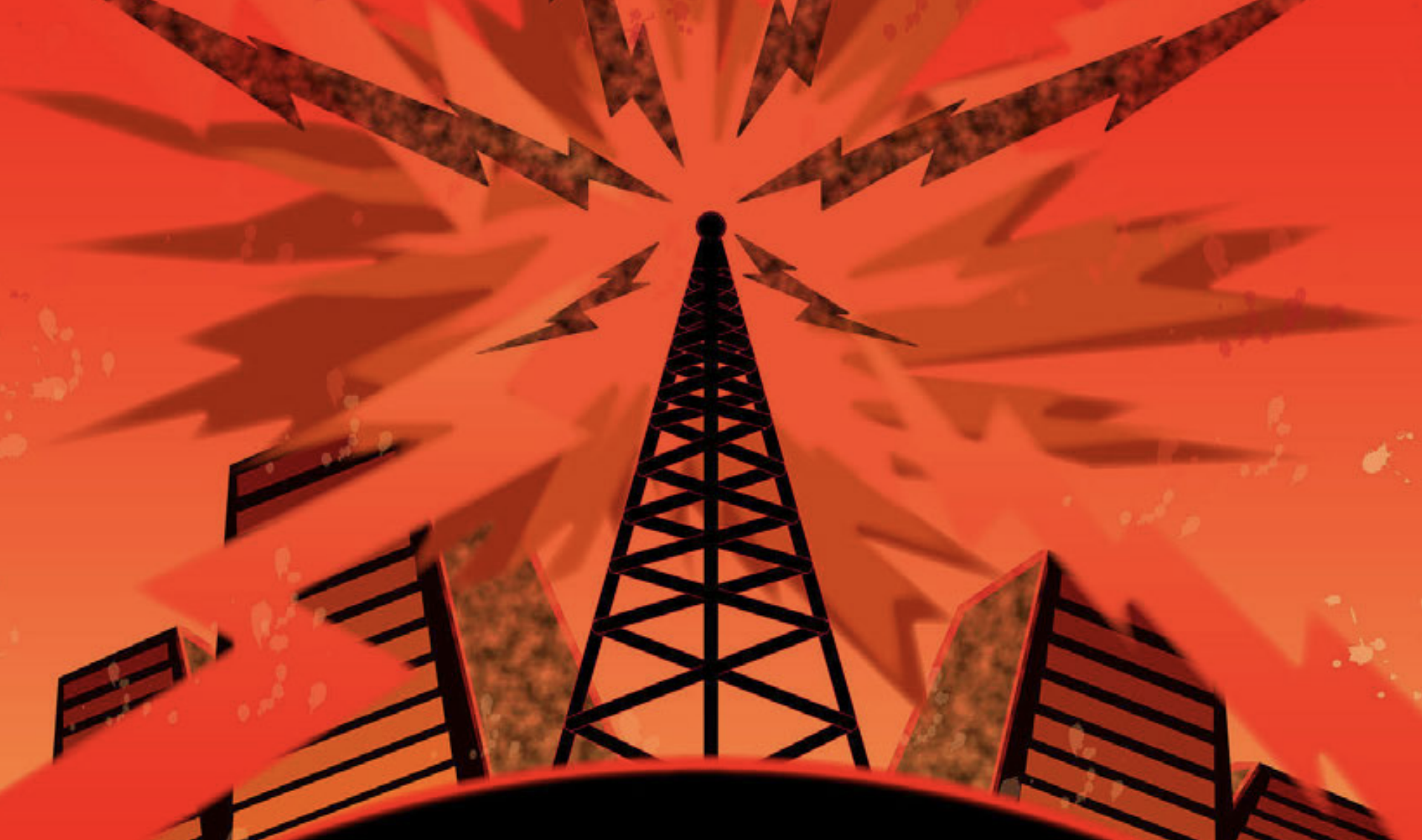 Cell tower site leases are often low impact, long-term income sources for landlords, but they fall into a narrow category of complex leases that require careful crafting to protect the landlord from having its smallest tenant turn into its biggest nightmare. This article highlights some of the issues confronting counsel for landlords in the typical boilerplate lease templates used by wireless carriers, which can leave the landlord smarting for decades.

What’s Your Option?
Well-drafted leases begin with an option. The purpose of an option in a cell site lease is to hold the property for a period of time while the cell company goes through the local government permitting process. The option must be supported by consideration to be binding. Many carrier templates attempt to enter into a binding option without paying an actual option fee. Look for and reject non-cash consideration. It’s usual for the option fee to be $1,000- $2,000 per year, payable in advance.

In addition to the option fee, the landlord should require a signing bonus in the option to fully recover its legal and other costs in granting the option and the lease terms if the option is exercised. The landlord’s cost recovery at this early point is vital because the final terms of the lease will invariably contain a provision allowing the tenant to unilaterally terminate the lease almost at will. Carriers require early termination rights in their leases so they may freely reconfigure their networks and cell site locations. More information on early terminations will be presented later in the article.

Rent Commencement and Lease Term
Assuming that the wireless carrier elects to exercise its option, when should lease payments start? Wireless industry boilerplates allow the carrier to exercise the option and start the lease, but delay the commencement of rent payments until it begins construction, which may be several years off. Landlords should require rent to commence on the earlier of the start of construction or six months after the option is exercised.

How long is the lease term? Customarily, the initial term of the lease will run five years, with four or more 5-year renewal terms triggered solely by the tenant. The landlord will have virtually no right to terminate the lease at the end of any of the 5-year terms. This unilateral provision addresses the wireless carrier’s need for long-term location security to protect its network engineering and site construction costs without the threat of landlord disturbance.

Avoiding a Landlord’s Horror
Given the decades-long term of wireless site leases, the landlord’s attorney should insist upon a one-time relocation provision at the tenant’s cost that allows the landlord to trigger a cell site relocation on the landlord’s property. The landlord’s relocation option should become operative at the beginning of the third five-year term (10 years in to the lease). This is particularly important if the cell site is to be located on a building nearing the end of its economic life, or if the property may be redeveloped. Without such a relocation provision, or a provision that allows the landlord to terminate the lease if the building upon which the cell site is located is demolished, a landlord should expect its wireless tenant to demand anywhere between $300,000 and $1 million to terminate the lease and relocate the cell site to a different property.

Two Big Questions
The first big question is “what’s the rent?” The wireless company wants to reach an agreement on rent very early in the process, long before all of the lease terms have been negotiated. Strategically, this makes no sense for the landlord. Setting the rent before negotiating all of the provisions is like walking onto a car dealer’s lot and telling the salesperson, ‘I want to settle on the price of my new car now before we discuss the accessories.’ The wireless company will tell you the rent it wants to pay at the beginning of the negotiations and try to lock the landlord into that rent. Starting rents offered by wireless companies are usually in the range of $800-$1,200 per month. A reasonable approach to initial rent negotiations is to indicate that the landlord will consider the carrier’s rent offer but reserve the right to adjust it based on the number of privileges the wireless tenant seeks in the lease.

The second big question is, “when does the rent escalate and by how much?” Carriers try to hide the ball by offering to escalate lease payments by 10-15 percent at the beginning of each 5-year renewal term. This approach deprives the landlord of the value of compound interest. Savvy landlord attorneys will require the rent to escalate by 2-3 percent per year. Inexperienced landlords may think these are not big differences, but compare two hypothetical cell site leases. Lease 1 has a term of 25 years, a starting rent of $2,000 per month, and a 15 percent increase each renewal term. Lease 2 is identical to Lease 1 except that the rent increases 3 percent each year. At the end of 25 years, Lease 2 will earn the landlord nearly $66,000 more compared to Lease 1. That’s not chump change.

ROFRs
Template leases frequently contain several right-of-first-refusal (ROFR) provisions that operate against the landlord. ROFRs bar landlords from selling a lease to a third-party without giving the tenant a first right to take that deal. A second type of ROFR enables the wireless tenant to step in during the middle of a potential sale to a third party and buy the entire property from the landlord. Both types of ROFRs harm the landlord’s economic interest, and the second type can make the property commercially unmarketable. Strike ROFRs, but include a provision recognizing that the tenant’s lease rights are preserved in any sale of the lease or property sale.

Subleasing
Commonly, the template lease will contain a provision allowing the tenant to sublease assign, sublicense, or in any other way retain the right to bring others onto its leasehold without the landlord’s permission or providing any financial benefit to the landlord. From the landlord’s perspective, subleasing or any other type of assignment should be restricted without the landlord’s prior written consent, which may be withheld for any or no reason. In response, wireless carriers will usually agree to share a percentage (10 – 30 percent and sometimes even more) of the subtenant rent with the landlord. This is only fair, given that every additional tenant places a greater burden on the property and some form of landlord compensation for that additional burden should be included in the lease.

Breaking Up Is Hard to Do (for the Landlord)
Wireless lease templates contain escape clauses almost never found in any other commercial leases, allowing the tenant to terminate the lease nearly at will, commonly on 90-day notice and often with no early termination fee. Conversely, the templates sharply limit a landlord’s ability to terminate the agreement, even in the event of a tenant’s breach. The result is that the landlord is locked in to the lease for decades, but the carrier is not. The landlord should insist that in exchange for the tenant’s privilege to terminate early, upon early termination the carrier pay an early termination fee, usually equivalent to several years of rent.

Wait a minute! $500?
Carriers need 24/7 access to their cell sites to perform emergency repairs. Some lease templates will contain a provision that allow the tenant to charge back the landlord $500 for any landlord-caused delay in accessing the cell site. This charge is purely punitive and unrelated to any actual damages. The landlord’s attorney should strike this and any other purely punitive lease terms.

Attorneys’ Fees and Venue
Over the decades-long life of the lease it is far more likely that the tenant will sue the landlord than vice versa. A strong limitation on attorneys’ fees and the addition of a venue selection clause favoring the landlord will help to reduce litigation exposure and expense.

Caveat Imperium
Cell site leasing by local governments merits an entire article of its own. Special rules and lease term considerations apply to local governments acting in their proprietary capacity as a landlord that differ markedly from private landlords. Sophisticated local governments will negotiate from their own lease form rather than work from the wireless carrier’s template.

Look Before Your Client Leaps
This short primer can provide only a basic introduction to the labyrinth of terms that comprise a decades-long cell site lease. Remember that the wireless companies negotiate new leases every day whereas the landlord’s attorney might engage in these negotiations once every few years. Finally, if you cannot negotiate a reasonably balanced lease on behalf of your client, it may be better to simply advise your client to walk away and let some other less sophisticated landlord make the mistakes that you will have helped your client avoid.

About the Author:
Dr. Jonathan L. Kramer, J.D., LL.M., D.L.P. is a telecom lawyer licensed in New Mexico and California, and a telecommunications engineer. He founded and is the managing partner of Telecom Law Firm, PC. Dr. Kramer’s clients include the cities of Albuquerque, Santa Fe and Las Cruces, as well as corporate and private landlords in New Mexico.